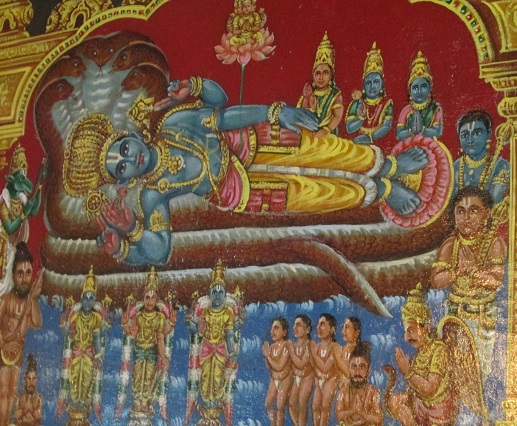 Simple Translation
I glorify thoNdaradippodi AzhwAr who possesses auspicious qualities of gyAnam (knowledge), etc., and the one who mercifully gave us the garland of words that will wake up periya perumAL who is lying on the serpent bed, who is worshippable like a king and considering him as none other than paravAsudhEvan of srIvaikuNtam.

Simple Translation
Elders who are well versed in vEdham say thirumNdangudi is the glorious birth place of AzhwAr whose name is thoNdaradippodi and who has done great favours and the one who is waking up periya perumAL who is lying down in srIrangam which is surrounded by beautiful fertile fields where many beetles live closely to each other.